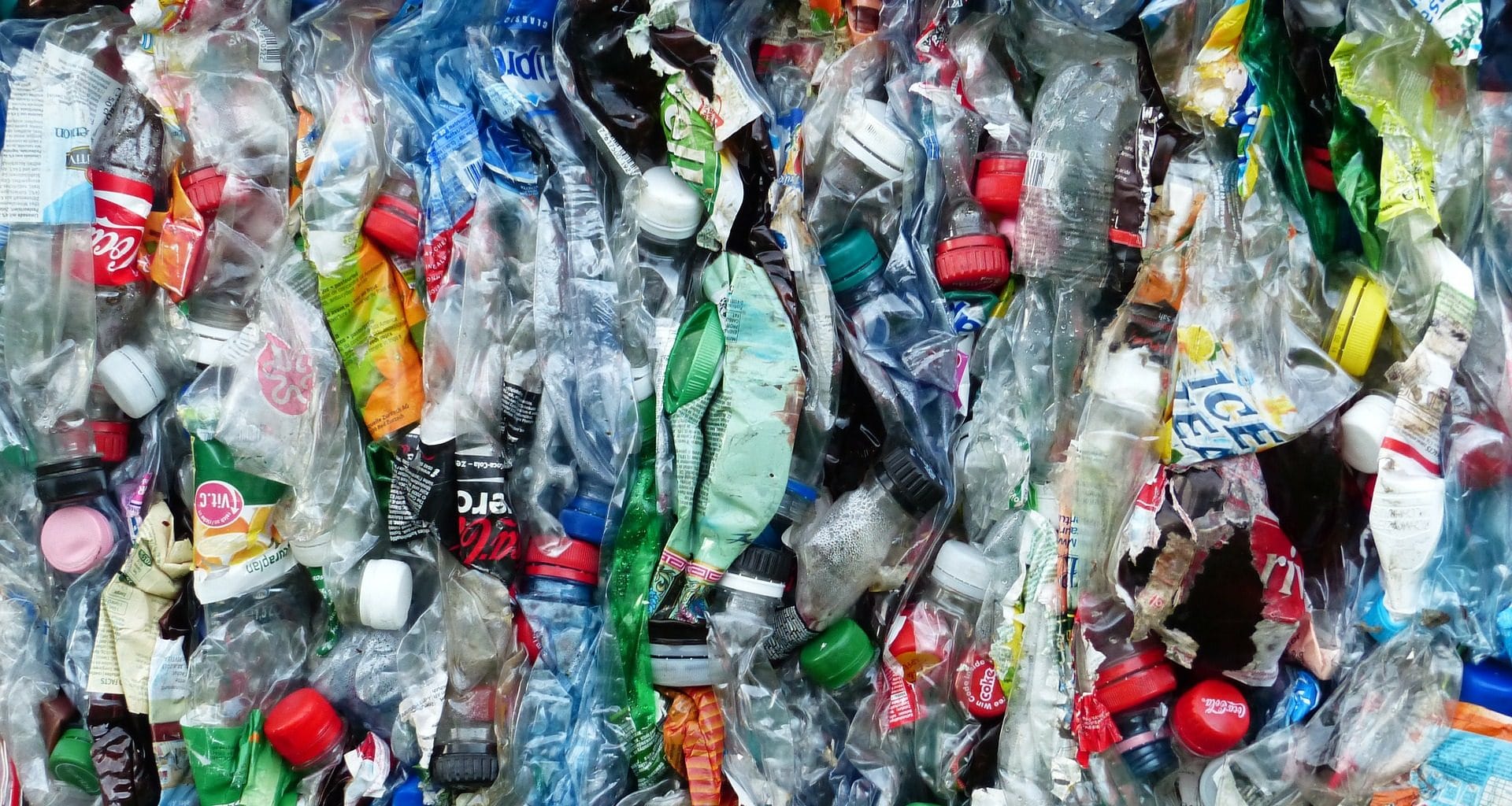 Did you know that only 9% of all plastic is recycled? The rest of it usually ends up in oceans. As recycling statistics estimate, there will be 12 billion metric tons of plastic in landfills by 2050. This is 35,000 times heavier than the Empire State Building. And this data refers only to plastic, but what about paper, glass, metal, and other materials we fail to use and recycle properly? You will find out later in the article.

But first, let’s look at some of the most distressing figures related to recycling.

The Top 10 Most Important Recycling Facts and Statistics

Furthermore, 74% of the US population says that recycling should be a priority. Still, two-thirds of the trash ends up in landfills and incinerators, polluting the environment. One of the many reasons for this is that China no longer buys recyclables from the US. Moreover, Americans don’t have a curbside compost pickup service, and according to recycling statistics from 2018, the proliferation of single-use plastics is clogging landfills.

In 2017, every person in the US generated 4.51 pounds of household waste daily. Moreover, 67 million tons were recycled, and 27 million tons were composted. This means that only 35.2% of the overall MSW was recycled or composted, while 12.7% was combusted. And according to landfill statistics, 52.1% of the waste was landfilled.

While landfills are useful for garbage disposal and are really well camouflaged, they’re still a serious threat to our planet. The toxins, leachate, and greenhouse gases found underneath each and every landfill make them the world’s biggest soil polluters.

4. Only 2% of the building material waste is recycled.

According to the recycling statistics from 2019, the US building deconstruction and demolition industry generates approximately 125 million tons of debris that is disposed of in landfills every year, while only 2% of the building material is recycled.

5. Vermont was declared the greenest state in 2019.

In April 2019, an in-depth survey revealed which US states were the friendliest towards the environment, and Vermont came out as number one. According to the recycling rates by state, Oregon, Massachusetts, New York, South Dakota, Minnesota, Connecticut, New Hampshire, California, and Rhode Island also made the cut.

6. Colorado is one of the most wasteful US states.

Even though Colorado has recycled and composted 1.2 million tons of material in 2018, it has also accumulated 15,9 million tons of waste. Colorado recycling facts reveal that 2018 was the most wasteful year for this US state, compared to 2017 when it generated 10 million pounds less trash per day.

Moreover, the city set a goal to achieve zero waste by 2020, but since that was over-ambitious, it set new goals for 2030, as per recycling statistics. And even though San Francisco may not achieve its zero-waste goal soon, it still has the highest recycling rates than any other city in the US.

8. It’s estimated that 75% of the waste in the US could be recycled.

Even though the US currently recycles only about a third of its waste, this number could be much higher. As much as nine-tenths of the overall solid waste is not recycled. If recycling could get to 75%, the effect would be like removing 50 cars from the road.

Facts About Recycling Around the World

If this horrible trend doesn’t change, waste production will rise by 70% by 2050. This may seem like a distant future, but it’s very near. And while population increase may be one contributor to this problem, the main cause of this environmental catastrophe is the general mismanagement of waste.

10. Recycling facts from 2019 reveal that the US creates three times more waste than the global average.

The world recycling statistics for 2018 reveal that Austria also had high MSW recycling rates (54%). In addition to these countries, the list of the world’s recycling leaders included South Korea (54%), Wales (52%), and Switzerland (49.7%).

Sweden has turned recycling into a multi-million dollar industry. They convert their waste into energy by burning 52% of it, according to Sweden recycling facts. The remaining 47% of trash is recycled, leaving only 1% for landfills.

13. Bermuda is among the countries with the lowest recycling rate in the world at 1.9%.

Unfortunately, some countries are even worse. Ecuador’s recycling rate is 1.8%, and Samoa and Botswana follow it with 1.4% and 1.2%, respectively. Moreover, Serbia and Palestine have a recycling rate of only 1%. The recycling rates by country also reveal that Kazakhstan’s rate is 0.3%.

However, there are some countries that are even worse. Namely, Ukraine’s recycling rate is zero. The country disposes of 94% of its trash in landfills. Macedonia also has a recycling rate of zero and only one landfill for the entire country. Unfortunately, the list doesn’t end here. Saint Lucia, Monaco, Liechtenstein, Cabo Verde, Azerbaijan, and Andorra are too small to recycle their waste, so they also have a zero recycling rate.

14. Every year 250 million trees could be saved if all newspapers were recycled.

Half a million trees must be cut down each week to produce Sunday newspaper, but recycling a single run of the New York Times’ Sunday Review could save 75,000 trees. If every American recycled at least one-tenth of the newspapers they read, we could save up to 25 million trees every year.

15. When it comes to recycling paper, facts reveal that American businesses use 21 million tons of paper every year.

Research also shows that an average American uses 650 pounds of paper annually. In addition to this, the US throws out so much office paper that it could build a 12-foot wall — from Los Angeles to New York City — which would be 2,794 miles high. Furthermore, making paper from recycled materials requires much less energy, and it saves trees at the same time.

In just six decades, the plastic industry has created 8.3 billion metric tons of plastic, the majority of which is disposable and ends up in the trash. Since plastic needs more than 400 years to degrade, a great majority of it still exists in some form today.

17. The US recycles less than 10% of its plastic waste, as facts about recycling plastic bags report.

The facts also report that plastic bags and ocean plastic are still major global challenges when it comes to recycling. Furthermore, every year, Americans use more than 102.1 billion plastic shopping bags, while just 9.1% of the country’s MSW is recycled.

Moreover, only 25% of the plastic that is made in the US is recycled. If people recycled up to 75% of plastic, including the recycling of plastic bottles, facts reveal that 1 billion gallons of oil and 44 million cubic yards of landfill space could be saved every year.

19. A whopping 8 million metric tons of plastic winds up in the oceans every year.

This means that there are five grocery bags of plastic for every foot of coastline in the world. Plastic has become such an issue that we need to rethink plastic chemistry, product design, recycling strategies, and consumer use.

20. Americans send back only 25% of their cardboard for reuse.

In addition to this, China has stopped buying contaminated bales of cardboard, such as stained pizza boxes. The US can’t find enough buyers, so the majority of the cardboard ends up in landfills. Due to the increased volume of garbage, San Francisco garbage companies started providing their consumers with 64-gallon trash cans.

21. Cardboard recycling facts reveal that 90% of all shipped items in the US come in cardboard packaging.

The expansion of online shopping creates greater demand for cardboard packaging. Moreover, US households throw away 17 million cardboard tubes. If every household replaced just one roll of 70-sheet virgin-fiber paper towels with a roll of 100% recycled paper towels, 544,000 trees could be saved every year.

Besides being completely recyclable, glass can be recycled over and over again without losing any quality or purity. Moreover, every year, container and fiberglass industries buy 3.35 million tons of recycled glass for the production of new containers and fiberglass products.

23. It takes as little as 30 days for the recycled glass to appear on a store shelf, according to some interesting facts about recycling.

Moreover, approximately 80% of recovered glass containers become new glass bottles, and glass container manufacturers hope to raise this number to 50%. This could save enough energy to supply 21,978 homes for one whole year, and it would remove 181 tons of waste from landfills every month. Furthermore, one ton of carbon dioxide is avoided for every six tons of recycled container glass.

24. Around 100,000 marine animals die from plastic waste problems every year.

The ocean is one of the least explored places on the planet, but it’s also one of the most polluted ones too. Waste pollution endangers all animals, but marine life is suffering the most. And if this trend continues, it’s estimated that plastic will greatly outnumber fish by 2050.

25. According to the recycling stats, 100% of baby sea turtles have plastic in their stomach.

26. A staggering 1 million seabirds die due to plastic pollution every year.

The recycling facts and statistics are even scarier when you’re aware of just how quickly the problem is growing. In 1960, less than 5% of birds were affected by water pollution, and this number had grown rapidly until 1980, affecting 80% of the species. It’s estimated that 99% of all seabird species will have ingested plastic by 2050. Sadly, plastic entanglement and ingestion are the two most common causes of death among seabirds.

Unfortunately, there are many shocking videos of animals with their heads stuck in plastic containers and jars. These animals are in danger of suffocation, overheating, dehydration, starvation, and death. In addition to this, the animals may confuse plastic for food, which can lead to intestinal blockages. Furthermore, birds often get plastic soda rings around their wings, preventing them from flying.

29. Recycling saves energy. According to reliable facts, it could save up to 95% of it.

32. People have used more resources in the last 50 years than in all of history.

There are six finite primary resources that humanity can’t survive without — water, air, oil, natural gas, coal, and minerals, and people have used up or polluted almost all of them. Recycling is the seventh non-finite resource, and it supplies 40% of the world’s need for raw materials.

33. What percentage of waste is recycled?

It’s estimated that approximately 30% of the waste in the United States is recycled, even though about 75% of the overall waste in America is recyclable.

34. How much does an average person claim to have recycled in a year?

35. What age group recycles the most?

About 48% of people aged 35 and over recycle, compared to 33% of young people aged 18–34. The same research has revealed that approximately 90% of Americans think that recycling should be more accessible and that the recycling collection sites should be located more conveniently.

36. Why do people not recycle?

Some people aren’t educated well enough on the matter, and some don’t have enough space at home for separate bins. Others may find it hard to drive to recycling collection sites if they’re far from them, and some even refuse to recycle because they aren’t paid for it.

37. Which states recycle the most?

As mentioned, Vermont, Oregon, Massachusetts, New York, and South Dakota are the five US states that recycle the most.

38. What country is the best at recycling?

When it comes to recycling, Germany is the best with a recycling rate of 56%, while some studies report even higher rates.

There are numerous reasons to recycle, but the main ones include saving energy and resources, reducing landfill, and protecting the environment.

40. What are the benefits of recycling?

Recycling is easy, and it doesn’t take up much time. As these recycling statistics show, it can be a great source of non-finite resources that we can reuse. By following the “recycle, reuse, reduce” motto, we could save our resources, fight global warming, preserve animal habitats, and leave a healthy planet for future generations.