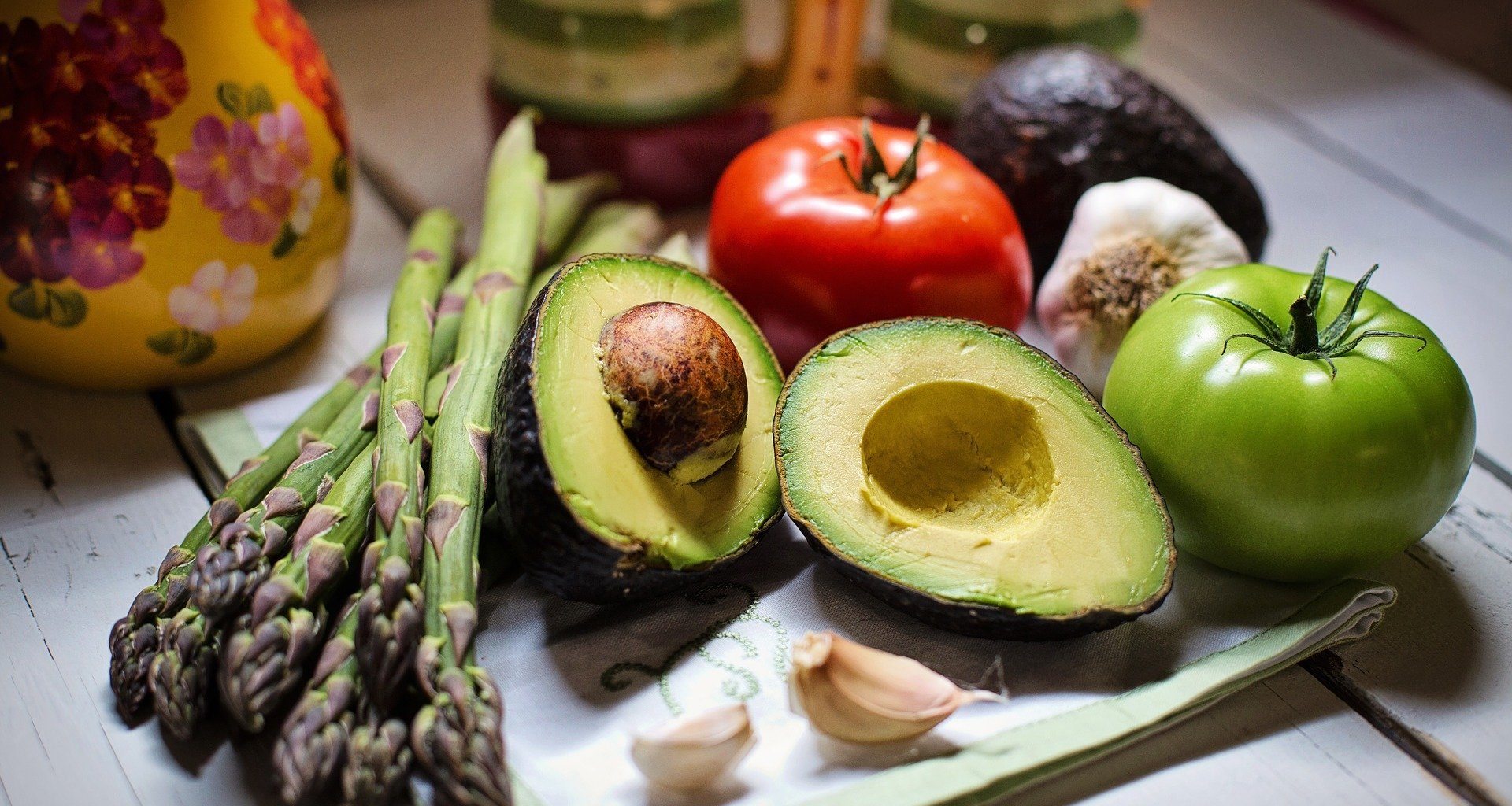 34 Vegan Statistics to Help You Be Kind to Every Kind

Meat is murder. You probably think of this phrase as the slogan of hippies and animal-rights activists, but vegan statistics might just surprise you. Today veganism isn’t just for radicals; it is steadily becoming part of mainstream culture.

Is eating meat really that bad for you? Is animal farming causing irreparable damage to the environment? Do animals that are raised for food truly live in deplorable conditions and suffer unspeakable cruelty? Sadly, the answer to all these questions is a definite yes. Even more upsetting, that’s not all the harm animal-based diets cause.

Keep reading to find out just how big of an impact ditching meat can have on the planet and its inhabitants.

Key Vegan Facts to Show You That Animals Are Friends, Not Food

What Percentage of the World Is Vegan?

Although the term vegan was initially used to identify people following an animal-free diet, today, being vegan encompasses more than just food choice. Other products, such as medicine, cosmetics, and clothing made without animal derivatives, can also be vegan. In short, veganism is now used to describe a lifestyle — one that is against all mistreatment and exploitation of animals.

1. Vegans, vegetarians, and related categories made up 8% of the world population in 2018.

It’s hard to estimate how many vegans were there in the world in 2018, mainly because many don’t follow a strict vegan diet. According to an older US survey, 64% of people identifying themselves as vegan or vegetarian had eaten at least 10 grams of meat in the last 24 hours.

2. 70% of the world is either trying to reduce their meat consumption or cut meat out altogether.

4. The number of vegans in Europe is increasing.

Although only 6% of people in Europe are vegans and vegetarians, with a share of 39%, the continent is the biggest market for substitute meat in the world. Other unlikely countries are turning vegan too. In 2016, the Chinese government issued dietary requirements to cut meat consumption by 50% by 2030.

The Vegan Trend and Statistics in the USA

The number of vegans in the US is increasing, mostly due to people’s raised awareness of the harmful effects of following an animal-based diet. Other factors include farm-animal abuse, as well as the rising number of US adults who are experiencing health issues as a result of the consumption of dairy products.

According to GlobalData, only 1% of the US population identified as vegan in 2014. Vegan population growth increased to an incredible 6% just three years later.

83% of US respondents cited improving nutrition and health as the main reasons for adopting a plant-based diet.

7. Sales of plant-based food in the US are on the rise.

8. 63% of US adults don’t want to buy meat from a company with a bad reputation for treating animals.

But, sometimes, it’s easier for people to turn a blind eye as 43% of Americans stated they “never” or “rarely” check the label for the name of the company that processed the meat. Labels can also be misleading. Even though 75% of Americans believe they are buying humane products, vegan facts and stats show that only 1% of animals killed for food live on non-factory farms.

9. The average American eats around 27 pigs in his lifetime.

Pigs are emphatic animals, proven to be smarter than dogs and even human toddlers. Just imagine how many of these amazing animals are killed each year to satisfy the human desire for bacon?

Although veganism spans across all ages and cultures, there are certain groups of people who sway more towards plant-based diets and lifestyles.

11. Millennials are more likely to go vegan than older generations.

Based on vegan statistics from 2018, 26% of this age group are either vegan or vegetarian. In fact, this generation is so focused on following a healthy diet that even 34% of meat-eating millennials consume a minimum of four vegetarian meals a week.

12. Millennials may be leading this trend, but Gen Zers are set to become even bigger consumers of vegan products.

Plant-based diets are rarer among people with higher annual incomes. In terms of political orientation, Liberals are more likely to go vegan (5%), as opposed to conservatives (2%).

14. African Americans are 48% more likely to adopt a vegan or vegetarian lifestyle than the average US consumer.

Hispanic consumers are 46%, and Asian Americans are 47% more likely to follow a plant-based diet than the average American consumer.

You’d be surprised at how harmful meat production and animal agriculture is to our planet and how much cutting down on animal-based food can help the Earth. Maybe these stats will teach everyone to care more about the environment.

This is more than the fuel emissions from the global transport sector. In addition to polluting the air, animal farming also pollutes the water, with the EPA naming agricultural runoff as the number one contaminant of water in the USA, facts about veganism and animal farming prove.

16. Plant food requires less water than the production of meat.

700 million tons of food that could be eaten by humans are used to feed livestock instead. Moreover, 83% of farmland across the world is used to raise livestock rather than growing more diverse and nutritious plants.

18. 91% of the Amazon is destroyed due to animal agriculture.

Clearing space for cattle grazing (through wildfires and deforestation) is one of the main reasons behind the destruction of natural habitat in one of the biggest rainforests in the world.

What Happens When You Go Vegan?

Vegans don’t just save the environment; a plant-based diet will also work wonders for your health.

19. Research has found that vegan women have 34% lower rates of cancer.

Women who followed a vegan diet were less likely to develop female-specific cancers, such as ovarian, breast, and cervical cancer. Similar rates were found among men and their likelihood of prostate cancer.

On top of that, eliminating red meat from a person’s diet reduced the risk of death by 12%. What’s more, people who follow plant-based diets are 22% less likely to have a heart attack than people who eat meat.

21. Vegans have a healthier gut.

A vegan diet increases the number of good bacteria in the digestive system (as a result of extra fiber), which lowers inflammation. Veganism facts also suggest that a plant-based diet improves overall metabolism and reduces the risk of diabetes.

22. People who eat a plant-based diet have a healthier body mass index.

They also find it easier to lose weight and lower their consumption of saturated fats. Research from a while back indicated that a vegan diet reduces blood sugar levels by 28% and that vegans lost an average of 15.8 pounds over 12 weeks as opposed to people on a conventional diet who lost only 8.4 pounds during the same period.

Animals and Vegan Facts and Statistics

Animals are the ones that suffer the most from people’s decision to eat meat and dairy. Farm animals raised in unimaginable conditions spend their short lives in captivity waiting to be turned into someone’s breakfast or dinner.

23. About 70 billion farmed animals are killed every year to feed humans.

According to 2014 data, pigs are the livestock most commonly killed for their meat (1.47 billion). By going vegan, statistics show that the lives of 545 million sheep killed for food could be saved. The same goes for goats (444 million of which were slaughtered), and 300 million of cattle killed annually for their meat.

The saddest thing, though, is that these animals are conceived, born, fed, and killed to provide food that humans don’t even need. Plants offer 83% of human calories, unlike animal-based food that only contributes 17% of calories to the global diet; facts about vegan diet indicate.

24. Lambs have a natural lifespan of 12–14 years, but those bred for slaughter only live 6–8 months.

Even if they are raised in “organic,” “sustainable,” or “free-range” conditions, animals bred for consumption have much shorter lives than nature intended. Dairy cows, for instance, are killed around 16 years before the end of their natural lives. Chickens should have longer natural lifespans (eight years), but they are killed for food just five to seven weeks after they are born.

Animals are raised in unsanitary conditions, which contributes to the spread of salmonella and other bacterial infections. What’s more, the use of antibiotics, a common practice in factory farming, leads to the development of viruses and parasites that are resistant to antibiotic treatment. The number of deaths from antibiotic-resistant strains of bacteria is so high it’s expected to reach 10 million by 2050.

Overfishing and increasing consumption of fish (according to vegan statistics, the average American consumes around 14 pounds of fish and shellfish every year) will leave us with empty oceans in the not-too-distant future. Luckily, plant-based fish products are here to save the day.

27. Meatless Mondays can make a difference.

A study researching the impact of the HSUS’s Meatless Monday campaign from 2012 to 2017 found that implementing the movement in 263 school districts in the US saved the lives of 10.3 million land animals. And this refers only to land animals, not including dairy products, fish, or eggs, so the number of animals spared could be much higher.

28. Is the vegan population on the rise?

Veganism is increasing in popularity all over the world, from Western countries where more and more people are turning to plants as their primary food source to the Asia Pacific, where 9% of the population is vegan.

29. How long has veganism been around?

Evidence of people ditching meat from their diets can be found as early as 500 BCE when Greek philosopher and mathematician Pythagoras spoke against the abuse of animals and followed a meatless diet. Around the same time, Buddha also talked about a similar lifestyle with his followers.

Even though veganism has been around for a long time, the term “vegan” itself wasn’t coined until 1944. This was when a British woodworker Donald Watson created the word to describe vegetarians who didn’t eat dairy and eggs.

31. When did veganism become popular?

The popularity of veganism started to go up with the foundation of the Vegan Society in August 1964, but it wasn’t until the 2000s that the vegan lifestyle really caught on. By the time the founder of veganism Donald Watson died, there were 250,000 self-identifying vegans in Britain, and 2 million in the US. Celebrities like Woody Harrelson, Moby, and others, raising awareness over the benefits of being vegan has done much to promote this lifestyle among people.

32. How do vegans get protein?

The daily recommended dose of protein is 0.36 grams per pound of body weight. A cup of red lentils has 18 grams of protein, chickpeas have 12 grams per cup, while tofu and quinoa contain 11 grams and 9 grams per cup, respectively. Other plant-based sources of protein include soy milk, rice, oats, chia seeds, nuts, and grains, as well as numerous fruit and vegetables.

Most vegans tend to be aged between 30 and 49. Generally, younger generations are more environmentally friendly and more likely to follow a plant-based diet than older generations.

34. What percent of the US doesn’t eat meat?

Although the number of vegetarians and vegans in the US is low (5% and 3%, respectively in 2018), we can’t neglect the number of people following a flexitarian diet, which only occasionally includes meat. This might just be the best of both worlds, as it avoids the overuse of meat, but doesn’t cause feelings of guilt to appear if one slips up.

The good news these vegan statistics present is that one doesn’t have to be a hardcore vegan to make a difference. Avoiding dairy, eggs, and meat from time to time can be the first step we can all take towards helping those that can’t help themselves. Who knows? Cutting down on animal-based food might even inspire some of us to go vegan.

Ljubica is a writer and researcher who enjoys spending most of her time between the pages of her favorite books or immersed in her writing. With a background in English literature, she prides herself on delivering content that is well-researched and backed up by relevant data. When she’s not working, she’s known to binge-watch a TV show or two or hit the gym, which doesn’t happen that often.